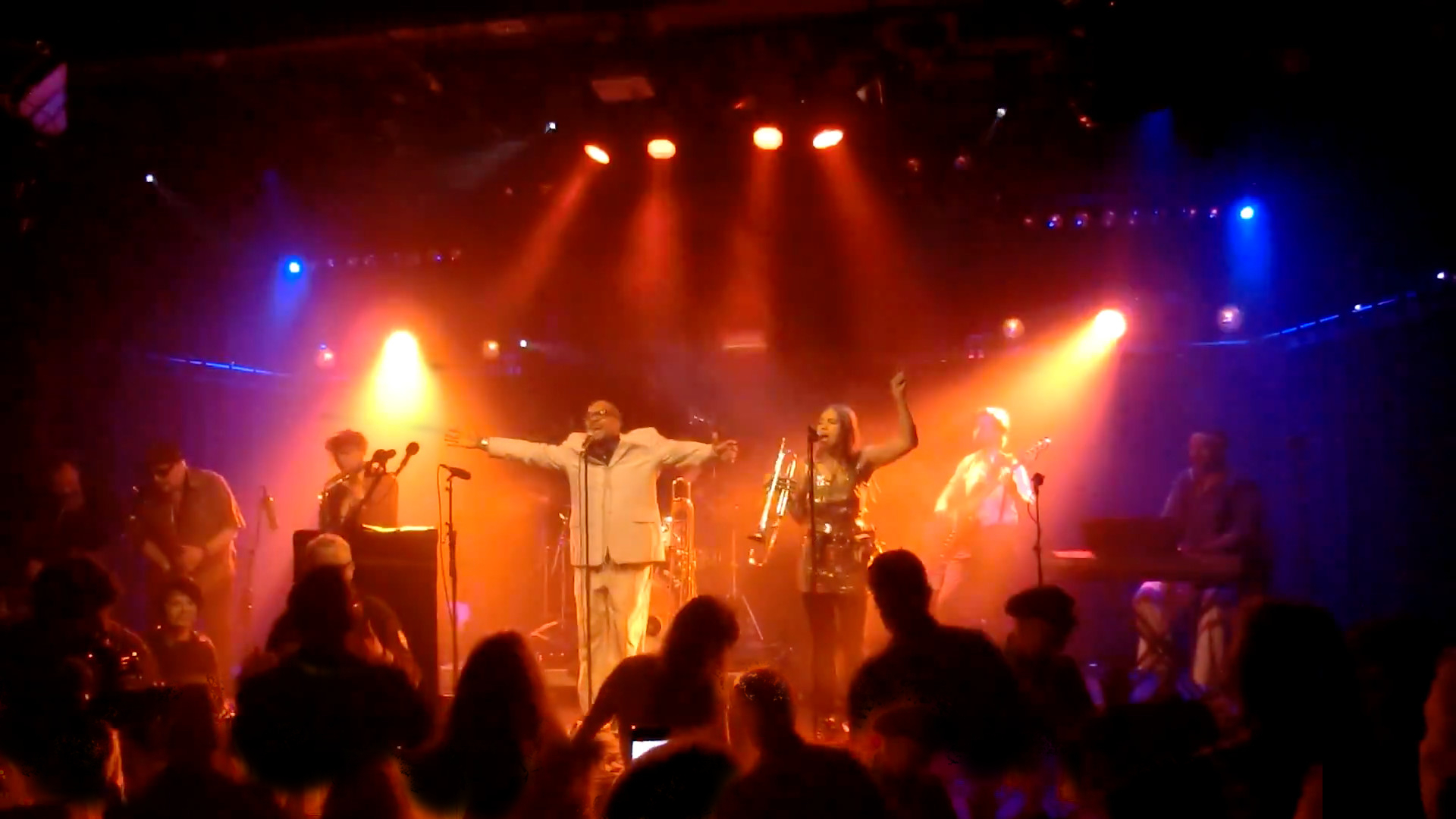 Trombonist and singer Joseph 'Mr Defunkt' Bowie is best known as the leader of Defunkt, a punk-funk-jazz band founded in 1978 in New York City. He teamed up November 20, 2013 for a 'Pro Jazz' Concert in the Hague, with Amsterdam trumpeter Saskia Laroo, also called 'Lady Miles Davis of Europe'.
Since then Laroo and Bowie have been together on the scene playing in clubs and on festivals like Paradiso, Sugarfactory and the Amsterdam Dance Event.

With her band, the Saskia Laroo Band, Bowie performs new arrangements of his repertoire.

Besides Laroo on trumpet with Bowie on vocals and trombone this project's line up further features the American singer and pianist Warren Byrd on keyboard plus a rhythm section of drums and bass, now also expanded with guitar.

The American funk legend and trombonist Joseph ( Joe ) Bowie , known from the band Defunkt, was Wednesday, November 20 , together with the Dutch trumpeter Saskia Laroo on stage at the Horse Cafe. Warren Byrd (keyboards , USA ), Daniel Gueli (bass , Italy ) and Sin Banovic (drums , Croatia ) made ​​the line up complete. The expectations were high, but to come straight to the point: those expectations were exceeded in crushing fashion. more | in Dutch | source